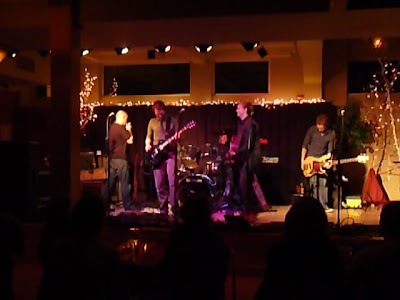 Readers of this blog and others who know me are probably aware that I have been a big supporter of the Toronto based group Enter The Haggis (some of you may be tired of hearing about them, but you really need to check them out!). Last Wednesday they made their third appearance here in Madison, WI. They've been here about once a year since their first show in the area and, although Madison hasn't been a particularly lucrative stop for them on their tours (it hasn't helped that every time they've played Madison it has been a Wednesday night), each time they have had a better turnout than the time before. This year, I volunteered to work on their "Street Team", which means that I did what I could to help promote the show. I was pleased that there was standing room only last Wednesday. I'd like to think that my efforts were partly responsible for the large crowd in attendance, but who knows?

Why, you may ask, did I work to promote someone else when I really ought to be spending more time and energy promoting my own musical endeavors? The answer isn't entirely clear, even to me. I can only say that listening to their music and seeing them perform has brought me an awful lot of joy since I first heard them about three years ago and I'd like to share that with other people. Besides, a group this good deserves to be able to make a living playing music. They'll either burn out after a few years or they will have enough success that they'll find it worthwhile to continue. Personally, I hope it will be the latter.

ETH is unique, in my opinion. Great song-writing, five stellar musicians, brilliant arrangements (every note they play serves the greater good of the song rather than trying to impress people with their virtuosity), their songs span a wide array of styles and they appear to have a great time playing together. It's a rare combination, and it doesn't hurt that they're also very nice people off the stage. After Wednesday's show I chatted with (pestered?) individual members of the band and found it rather refreshing that, after all the touring and gigs they have played, they still seem surprised that people find them to be exceptional.

As I've come to expect after seeing them five times, it was a great show. I urge everyone to see these guys if they come anywhere near you.

Here's a clip from their recent appearance at Shank Hall, Milwaukee, WI on June 17, 2009. They're playing "DNA" from their latest album, "Gutter Anthems". This song falls into what I think of as their "pop song" style. It's representative of some of their music, but one song doesn't begin to illustrate the range of material they perform on any given night. To any guitar players watching this, take note of what guitarist Trevor Lewington's right hand is doing at about 2:15 and again at 3:55, and compare it to what you're hearing. It looks as if he's pounding out chords, but he's also playing a lead line at the same time. Kind of cool, don't you think?


Some more photos from The Brink (I should have taken more photos so I could have better shots, but I kept forgetting about the camera because I was engrossed in the music): 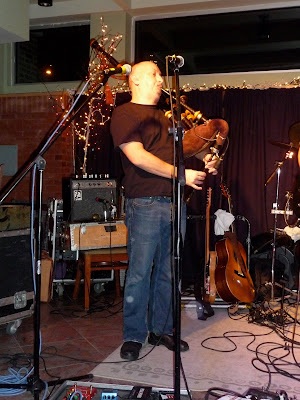 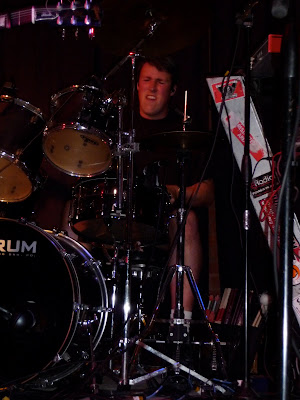 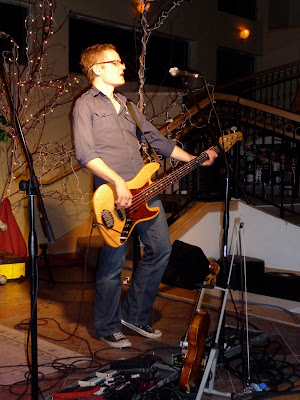 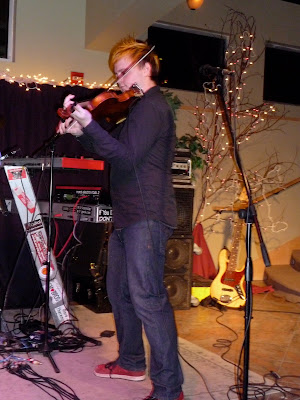 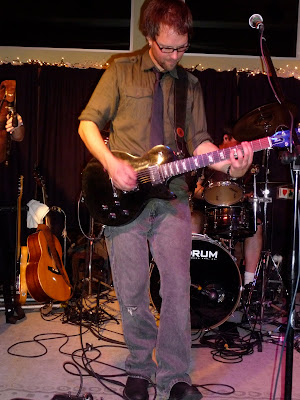 
Check out this live video of ETH and opener Zachary Scot Johnson at 7th Street Entry, Minneapolis, MN on November 10, 2009. ETH starts about 51 minutes into the clip.