Not quite robbing banks...

It's been a busy few days, so I haven't had a chance to put any of these photos up until now, but Ms. Geranium decided against robbing banks on her birthday. Instead, we took a drive to southwestern Wisconsin to follow the Great River Road along the upper Mississippi River. The weather was a bit on the wet side. If you would like, you can enbiggen the photos by clicking on them. They look a little better that way. 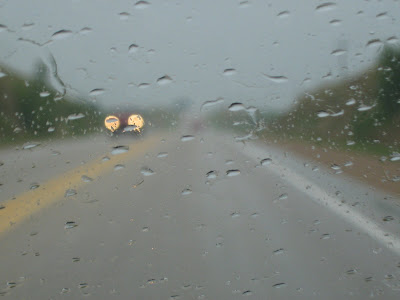 As you head southwest out of Madison, the terrain looks a lot like this. 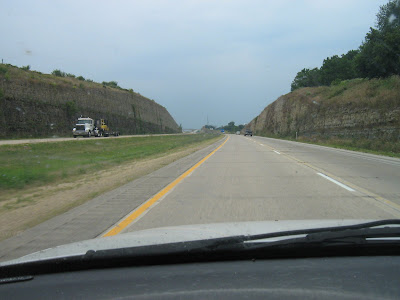 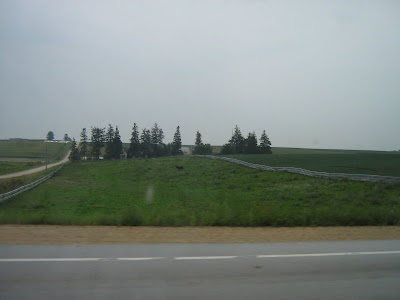 It starts to get hillier as you get closer to the Mississippi. 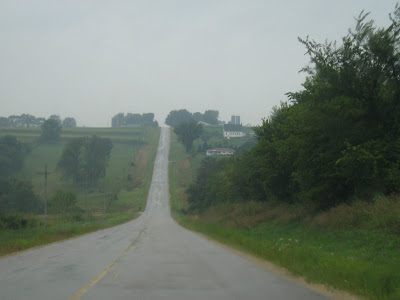 The road takes you through valleys and up on the tops of ridges. 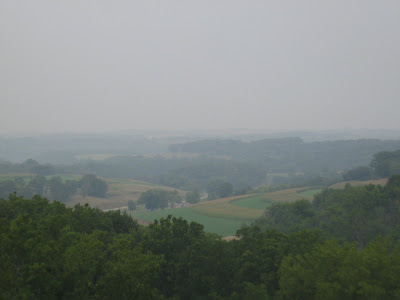 A barn in the process of, well, something... 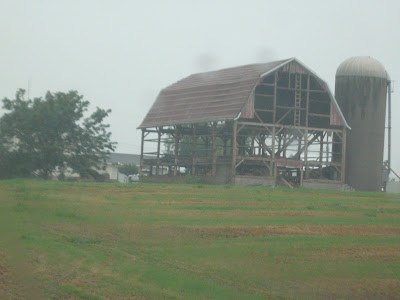 I had to get a picture of this road sign. There were an awful lot of (Something) Hollow Roads. 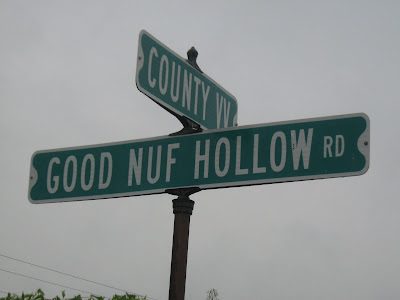 Right across the street was this cemetery. 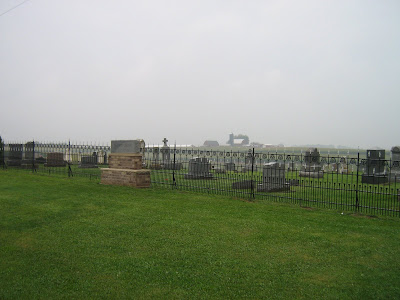 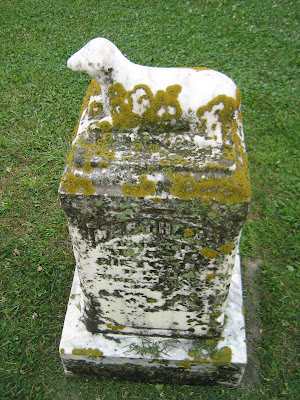 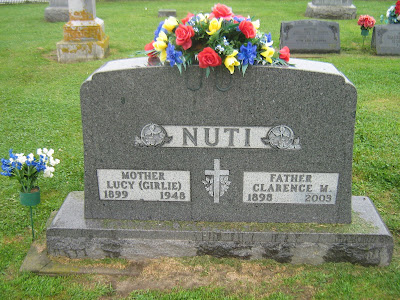 We took a ferry from Cassville, Wisconsin across the Mississippi to Iowa. Cassville is known as a good place for eagle spotting. We saw a couple of juvenile eagles, but I would have needed a longer lense to get any good pictures of them. Ms. Geranium may have some good shots, but her camera uses something called film, which doesn't provide the instant gratification of digital.
Here's the birthday girl and our two daughters on the ferry.
(Smile! Come on, it's your mother's birthday. Pretend you love each other.) 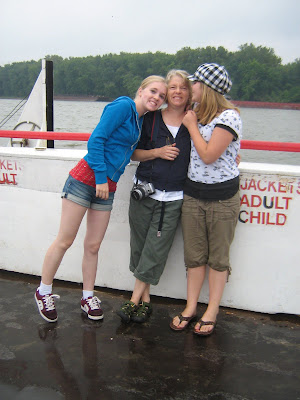 The mighty Mississippi. It's a pretty impressive body of water even this far north. 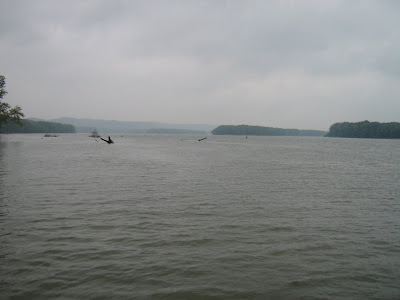 The Mississippi River valley from the Iowa side. 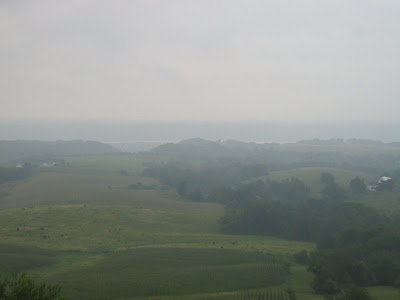 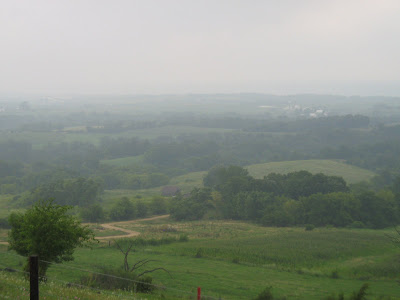 Heading back into Wisconsin, we made a stop in Dickeyville, WI, to take a look at the Dickeyville Grotto, but that's a whole nuther post. It ended up being a pretty long day, about 9 hours of driving, including stops here and there, but it was a nice trip. Someday I'd like to follow the Mississippi from it's source in Minnesota all the way to it's end.
Posted by Ed at Sunday, August 24, 2008

The photos are gorgeous!

What a day, it looks like a real adventure.

And the shot of Suzy and your daughters is amazing!

What a great trip, and I love your photos. It shows how beautiful Wisconsin is.

Ditto to what Franiam said, the family photo is lovely, but don't you have a timer, so you could be in the picture, too?

Great shots! Thanks for sharing.

The photo of the three girls is wonderful. It's hard to tell which one is the mom!

We saw one bank, called The People's Bank, and decided that it sounded Socialist so we didn't want to rob it. If it had been called The Capitalist Pricks' Bank, it might have been a different story.

It turned out to be a lot more driving than I anticipated. About 45 minutes was added on when we were partway back to Madison from Dickeyville and one of the chilluns couldn't find one of her sandals (nearly new, kind of pricey)so we drove back to Dickeyville where we found it laying in the street. Who, I ask you, kicks off their shoes before they even get the car door closed? Oh well.

Boy, Ed, I know those roads and hills. See 'em every time we come to visit the family. Will see them this weekend, I think. In fact, I found out a few years ago that area's my ancestral stomping grounds. Family settled there in the 1850s after moving down from Canada, where they'd been since the 1780s, evidently. Lots of dead people I'm related to buried in that corner of Wisconsin.

Even given the rain, looks like a nice time. Next time, scoot over to Dubuque and take the incredible tram ride up the hillside to check out the view. It costs like a buck a person but is the coolest thing you can do in all of Iowa pretty much.

Keep up the good work.